This is hands down the best book of the series, in my opinion. Most of the setup from the first three books (the setup trilogy) is complete, events pick up and the scale of Rand's task, as well as the consequences of being the Dragon Reborn, become evident in this novel. There are a number of elements that make this the best novel of the bunch for me, which we'll get into later.

Books 4-6 form what I call the "Action Trilogy." While the first three books have a decent amount of action and conflict, the real thrust and scope of the series does not become apparent until Book 4, and the pace of the books moves along briskly until Book 7, A Crown of Swords. These are the books that I have always read the quickest, and I enjoy this stretch of books more than any of the others.

Why? The main reason is that you are getting into novel territory. The Age of Legends is glimpsed and characters continue the tradition started in the last book of doing "awesome things no one has done in centuries/millennia." The Forsaken solidify their presence and the conflict between them and the "forces of Light" (i.e. all the good main characters) heats up. There are just so many cool things going on in this volume and the next few, and it's because of Books 4-6 that I've stuck with WoT this long.

I remember being blown away by this book when I first read it in high school. It had just come out in paperback when I finished The Dragon Reborn, so I snapped it up. The sequence in the Rhuidean columns, where Rand sees the history of the Aiel, the Age of Legends and the creation of the Bore, remains one of my favorite sequences to this day. Jordan has said that those chapters are the best examples of his storytelling ability, and I agree with him and everyone else who agrees. They are great chapters and one of the most memorable and iconic sequences in the entire series.

I read through it quickly at the time and re-read it immediately upon finishing. I thought it was the coolest fantasy ever. I couldn't wait to get the next volume in the series, The Fires of Heaven, which I believe was just coming out in hardback at the time. It was after this book that I started saving my money and switched to buying the hardbacks upon release.

The book is still just as good now as it was then, though I found myself skimming a bit at the beginning. It does take a few chapters to really get going... in retrospect they probably spend a bit too much time in Tear before going their separate ways, though I'm not as patient a reader now since I don't have all day to read anymore. It also doesn't help that Jordan starts to get more verbose in this volume, which makes it a little longer than it really should be. In addition, this is the first novel where minor characters start having their own POVs written, which bodes ill for some later volumes in the series.

And of course, there's no way I can avoid mentioning the cover. I'm sorry, but the Darrell K. Sweet covers are just bad. It bears reiterating, and I'll probably repeat it in each blog. Skip to the next header if you're tired of hearing about it.


Anyway, how can anyone think that a picture of a few people lounging around a wagon in the Aiel Waste is an exciting cover, or would entice people to buy the book... really? The only thing cool about the cover is that it's in the Waste.

It just boggles my mind. Of all the exciting things that happen in this book and that would make for an awesome cover, we are treated to a snapshot of peddlers in the Waste. Yawn. I mean, who are the people on the cover supposed to be, anyway? All the men in Sweet's paintings look almost the same. It's sacrilege, I tell you!

To return to the content of the book. One thing that stood out to me as I was reading this time was how much Siuan and Moiraine were focused on guiding Rand to the "correct" prophecies, to the point of annoyance. Min and Siuan have a discussion about it in the first chapter, "Seeds of Shadow." It's somewhat funny, because virtually every fantasy series I've read that features a prophecy has it fulfilled correctly and with "good" winning. Characters hem and haw about screwing something up, but it always works out in the end. They end up worrying about nothing. 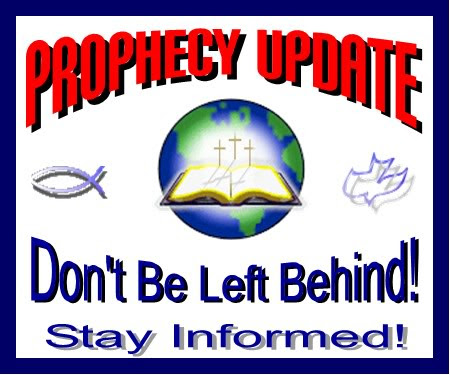 Side note: remind me to pick up Brandon Sanderson's Mistborn trilogy sometime, where the bad guys win the first time around.  [Update 7/30/13: Still haven't picked this up!]

Back in the day I loved all the prophecy in these books, because they alluded to "awesome things" to come in the future (little did I know I'd have to wait so long to read those "awesome things"). Having read tons of fantasy in the intervening 18 years, though, it's pretty much the most overdone and contrived feature of modern fantasy. There's almost always a prophecy, and I roll my eyes most of the time I encounter it now. Not to say that the possibilities of prophecy are exhausted – but it's much harder now to find new fantasy with an original integration of prophecy.

In WoT, though, the prophecy is obviously there, but Jordan doesn't beat you over the head with it, even though it is the primary guiding force for Rand at this point. Jordan also makes it a bit questionable because there are other prophecies, like those from the Seanchan, which "appear" to conflict with the Randland prophecies. But in the end it plays out as intended. And after 13 published books, I don't see any major upheaval of what we expect going into the final novel and the Last Battle.

Just a brief tangent on Rand. It's in this book that he becomes a different person than we knew in the first two. Largely missing in Book 3, here it's confirmed that he's the Dragon Reborn, and now he must grow up quick and act the part. Suddenly he goes from "sheepherder" to governing a nation (Tear), trying to unite a people behind him (Aiel) and fighting the Forsaken.

This is a different kind of Rand, one you're stuck with for while. While the things he does are cool and interesting, I always felt he grows a bit distant as a character because he has to live up to being "the Dragon Reborn" and everyone expects certain behavior out of him. It's in this book where Mat becomes my favorite lead character for pretty much the rest of the series.

This book reminded me how awesome the Aiel are. This is the only book where you get to see them as they have been for thousands of years, in their element. They are by far my favorite group of people in the entire series. From their roots in the Age of Legends, to the split after the Breaking, to the end of Rhuidean and their travels out of the Waste – they are a fascinating people and form the backbone of the series for me. They have a concrete purpose and they function as something greater than themselves (at least until Rand shows up).

The only other group aside from Aiel that I really enjoy reading about are the Emond's Fielders, who are in this volume in spades. I like them because they are more down-to-earth and relatable... they are the "normal" people of the series. The Aiel, on the other hand, are not "normal." Almost alien in their custom, they feel like they should be on a Star Trek episode. The way they live their lives makes you look at your own life and society and wonder why you don't live with the same sense of honor and obligation that they do.


I always enjoy reading about the Aiel in this series, and it's fitting that the Dragon Reborn himself is an Aiel. In the end, it makes the eventual breaking of the Aiel people and their possible future (as Aviendha sees in Book 13, Towers of Midnight) that much sadder and heart-wrenching. I am most eager to see how that plays out in the final novel.

Here be the listing of "awesome things" that I mentioned earlier, in no particular order.

This is one of two WoT books I have that are signed by Robert Jordan himself. I got it signed during the Knife of Dreams tour. I had to get it signed since it's my favorite of the series. More on the signing and meeting Jordan in the blog for Book 11.

Here is a picture of the signed title page: 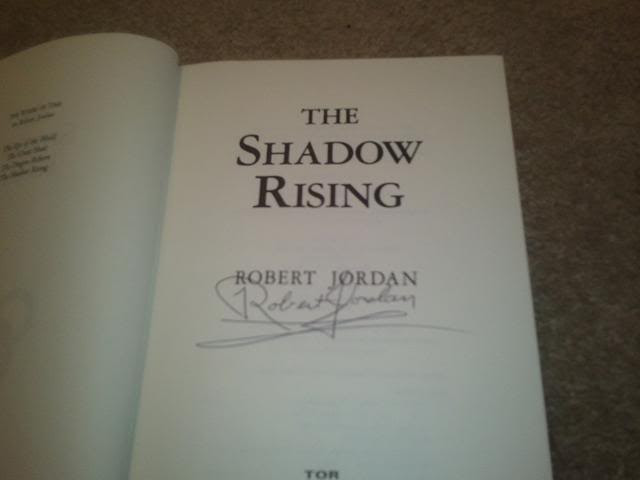 Pretty cool, huh? Too bad the book is a bit worn, as I read the hardcover a couple times.  And too bad he wasn't personalizing anything during the signing I went to.

But thank you, Robert Jordan, for taking the time to sign my favorite book of the series, and for writing such an awesome entry.

Book 5 – The Fires of Heaven

Book 3 – The Dragon Reborn
Book 2 – The Great Hunt
Book 1 – The Eye of the World
Retrospective Overview
Posted by Brad Murgen at 12:02 AM No comments: