The Wheel of Time - Retrospective Conclusion

So here we go, my first retrospective conclusion.  Took me over 2 years to get here, but I finally made it.  For these conclusions, I figured I'd do a few things.  First, I'll do a couple of lists.  These are always fun and ripe for discussion.  Then I'll provide some references around the web for all your Wheel of Time needs.  Finally, closing thoughts... of which I don't really have much, everything I had to say was said in the previous 20 (if you count the A Memory of Light reaction) blog posts on the series.

The Shadow Rising will always be my favorite.  As good as A Memory of Light was, it would have not dethroned TSR.  That book is where everything blows open wide, the story becomes very complex and our first real glimpses of the Age of Legends appear, illustrating the true scope of the story.  A Memory of Light gets second place because of its epicness.

Before the series finished, Books 1-6 were generally the best in the series for me.  Now that it has been completed, however, Books 12-14 have been inserted between them.  Sanderson did a great job and jumpstarted the flagging storyline, taking us into the last lap for a superb finish.

While I understand the purpose of Books 7-10 in the overall storyline, and Book 8 is pretty decent in retrospect, I feel Jordan let the story get away from him a bit and he lost his focus on the audience during that 4-book stretch.  It's one thing to tell the story the way you want to tell it, but it's another to tell it in a way that people will want to read.  There has to be a compromise there.  It's easier to deal with now that the series is complete, but back in the day, it was a hellish 9-year stretch of waiting and grumbling. 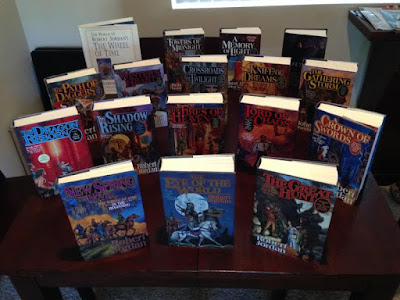 In order of my most favorite.

Dumai's Wells gets the top spot because it was truly the first time the existing power in the land (Aes Sedai) were broken.  The White Tower had split, of course, and Rand had take the Stone of Tear and brought the Aiel into the land, but the Aes Sedai still tentatively maintained their power and authority all throughout that time, even with the split.  But with Dumai's Wells, the first Aes Sedai swear to the Dragon Reborn and as the end of the last chapter in Lord of Chaos says:


The first nine Aes Sedai swore fealty to the Dragon Reborn, and the world was changed forever.

One of my favorite lines in the entire series.  I get chills every time I read it.

For the other top ones:

Demandred's reveal is simply awesome.  As someone who didn't read many theories online in the last 10-15 years, it was a complete surprise to me.  Rand's trip through the columns at Rhuidean is arguably the best sequence in the entire series.  As mentioned in the post for The Shadow Rising, many (including myself) consider it Jordan's best work.

Moiraine's rescue is up there because it was an event we'd been waiting for for a long time, it didn't disappoint and there were some great moments (Noal's sacrifice, the secret of Mat's ashandarei).  And, of course, Olver blowing the Horn of Valere and the return of Noal as a Hero of the Horn brought tears to my eyes.  It was great to see that Olver made a difference in the end.

There are only a handful of characters I dislike in the series... you'll find them at the bottom of my character "rankings," which instead of being numbered or ranked will simply be grouped into categories.

I will say that my favorite character is Lan.  If you've read the entire series yet don't understand why, then I don't know what to tell you.  Mat used to be my favorite, but his relationship with the Seanchan got a little too weird in the end for me.

So here are my groupings based on each character's overall arc and fate in the story, listed alphabetically in each group.  If a character isn't listed, I didn't care about them enough to bother grouping them.

After Jordan's death, Harriet McDougall (for the thousandth time, Jordan's widow and editor, stop asking!) donated his papers and various effects to the College of Charleston, where they will be processed and made available for students and researchers.  These include drafts of the WoT novels, along with notes and drafts / materials for the other novels he wrote prior to WoT.

As they are being processed, occasionally someone at the College will blog about a particular item, and most of them are quite fascinating.  You can visit the blog here.

There's one letter he wrote to Bantam, asking for a signed copy of A Game of Thrones by George R.R. Martin.  Another letter asks Tom Doherty (President of Tor) not to force the title of "The Lord of Chaos" on the 6th book of WoT.

It's fascinating stuff, I only wish they would post more of it in the blog.  Maybe someday I can visit it after it's been processed.  Charleston is a city I've wanted to visit for a long time anyway.

If you've actually read through my blogs, you'll note that I reference many different sites throughout.  When the internet began to truly blossom in the late 90's, WoT fansites were popping up everywhere.  I don't know if this is true anymore, but at the time there were more fansites for WoT than any other fiction work (even LotR).  Many don't exist anymore (like Wotmania).  But quite a few still do.  Here's a list of the ones I find most useful today and feel are worth visiting:
There are many more, of course... check here for a nice listing of additional sites.

Now, technically this isn't all finished.  Harriet and Team Jordan are putting together an official, be-all-end-all encyclopedia for The Wheel of Time.  It's supposedly going to have everything we'd ever want to know about the world, drawn from Jordan's copious notes.

When that's coming out, I have no idea.  Last I heard it would be 2014 sometime.  Either way, I will buy it when it comes out.  And I'll most likely do a blog entry about it, to review it if nothing else.  So stay tuned.  But for now, this Retrospective is done.

So, once again: thank you, Robert Jordan, for creating this world.  It's been a fun ride. 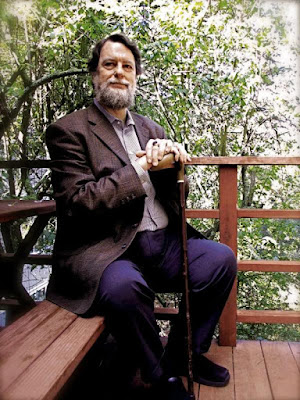