Over 7 years ago I completed my The Wheel of Time Retrospective, celebrating the completion of the series after 20+ years.  At the time, I mentioned Team Jordan was working on an official "encyclopedia" for the series, but wasn't sure when it would be published.  Well, it was published in late 2015 and the fan that I am, I did purchase it, but never got around to writing a blog entry like I thought I would.

Fast forward to now, early 2021.  A lot has changed since I completed that WoT Retrospective:

That said, it's the perfect time to do a post on the official encyclopedia, titled The Wheel of Time Companion.

I'll be honest.  I haven't read the Companion.  You can't actually read it, just like you wouldn't read a dictionary.  Because that's basically what it is.  Every single WoT-specific term, character, place, or event in alphabetical order, with however much detail the editors thought to include from Robert Jordan's notes or the book themselves. 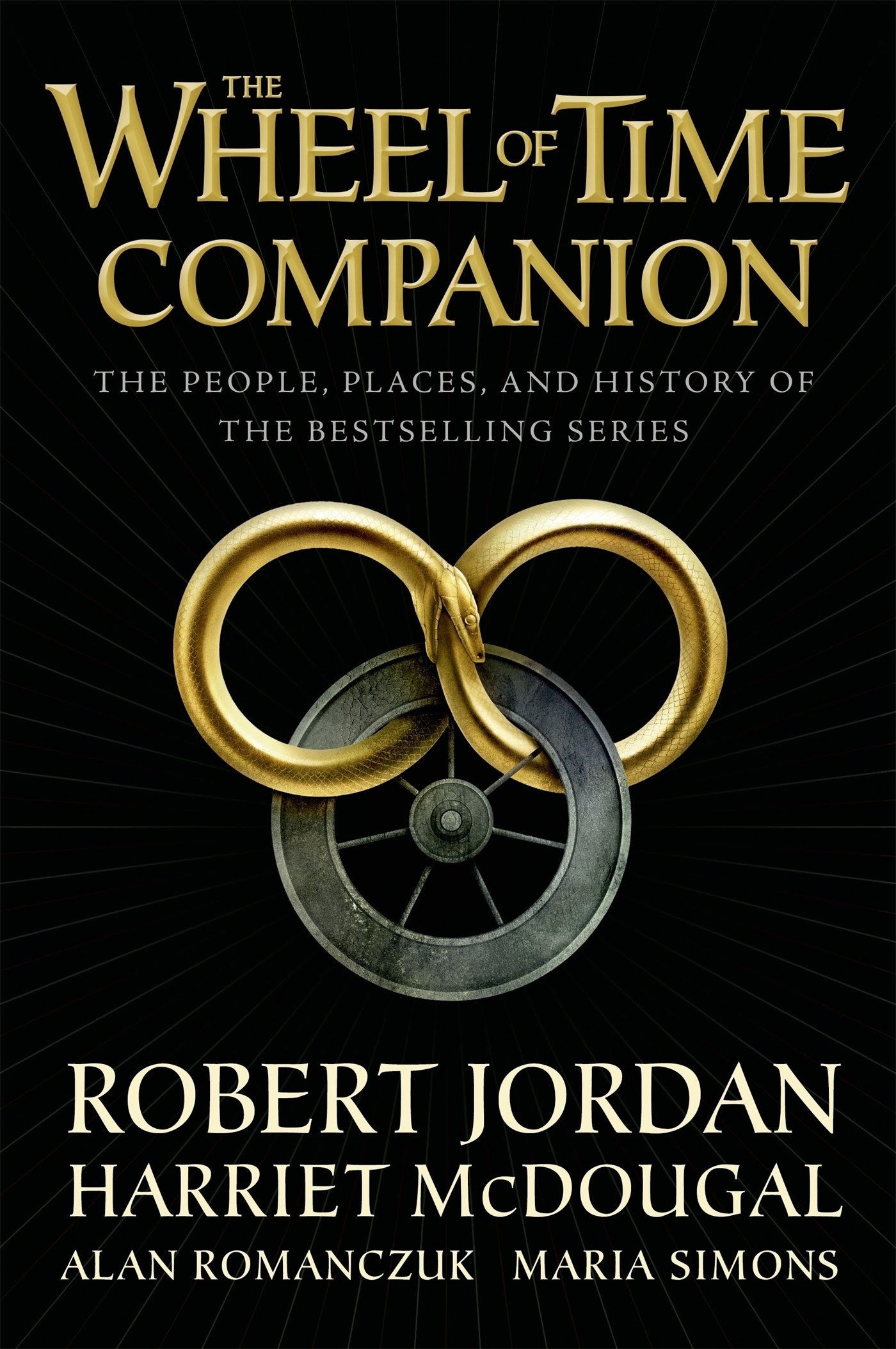 I've paged through it a number of times and have gotten a bit lost that way, looking at cross-references and searching for new information that I wasn't aware of before.  There's probably plenty that I saw that I don't realize is new, because I don't remember every little detail from the books.
The book does contain illustrations beyond the maps we're already familiar with, but many of them aren't anything new...I've already seen them before on fan sites.  There are some newer ones I wasn't familiar with, but since all the illustrations (presumably done in color originally) are printed here in black and white, quite a bit of the impact is lost.
The name of the book is apt, though.  Companion—because that's what it is.  A supplement that you might look at while reading the books, or if you're totally bored.
I guess I was expecting a better version of the Big White Book and was a little disappointed at first, because after thumbing through it a bit after receiving it in the mail, it went on the shelf and has been hardly touched in the years since.  Perhaps I'm not a true fan!

I mentioned a few different online resources in my Retrospective Conclusion post, way back in 2013.  Since then, a few things have changed while some have not.

In 2016, we finally took a vacation out to Charleston, South Carolina.  Most people probably know that's where Robert Jordan lived.  It wasn't hard to find his home online and one day we stopped by it to see the famous Dragon gate I've seen in pictures before.
I'm pretty respectful of people's space and generally hate doing things like asking a famous person for a selfie or whatever when I do bump into one.  I always think of Neil Peart (the late, great drummer for Rush) and how uncomfortable he felt when someone who was a Rush fan would come up to him and act like they were friends.  The person would know everything about him but he would know nothing about the person.  That would feel weird, wouldn't it?
So with that in mind, I didn't want to linger, despite the gate being invitingly open and the serpent and wheel flag prominently displayed over the front porch of the house.  I took a quick glance at where so much of the series was conceived and written, got my wife to take a few pics of me, then moved on.
By the way, the house was really cool looking.  I like old Southern houses like that (particularly in New Orleans), with the high ceilings and windows...maybe one day I can live in something like that. So...is this the real-real end of my WoT blogs?  Perhaps not.  A TV series is coming!  Unfortunately Red Eagle Entertainment still has their claws in the property, but I don't think they have any creative control in it, so I can live with that.
Anyway, it's been filming since 2019, but was halted for a bit because of the pandemic.  But I expect it will air some time in 2021.
I've been reading about details of the show and news as it comes out, and I really hope they don't take the path that The Shannara Chronicles took (which I did actually enjoy as a guilty pleasure, to be honest, despite how it handled the source material).  I'll reserve full judgment until I see the show, but I'm not enthusiastic about some of the casting and sadly I expect them to cut a lot of quality book material.  So we'll see.
Will I blog about the show?  Most likely.
The best place to find info about the show is on Dragonmount.  As mentioned before, I recommend that place for any worthwhile WoT news.
Previous:

Retrospective Conclusion
Short Story – River of Souls
Book 14 – A Memory of Light – Part 2
Book 14 – A Memory of Light – Part 1
The Wheel of Time is Complete
Reference – The Big White Book
Prequel – New Spring
Book 13 – Towers of Midnight
Book 12 – The Gathering Storm
Book 11 – Knife of Dreams
Book 10 – Crossroads of Twilight
Book 9 – Winter's Heart
Book 8 – The Path of Daggers
Book 7 – A Crown of Swords
Book 6 – Lord of Chaos
Book 5 – The Fires of Heaven
Book 4 – The Shadow Rising
Book 3 – The Dragon Reborn
Book 2 – The Great Hunt
Book 1 – The Eye of the World
Retrospective Overview
Posted by Brad Murgen at 11:25 AM No comments: